An excellent masterclass presented with real energy by Charly.

It’s not all teapots and vicars you know.

Be careful out there.

‘Bath’ in its Regency architecture, spa baths and thriving Arts festival. ‘Northern’ in its capacity to snow in June and force cancellation of a county cricket match (June 1975).

Google Buxton and you’ll find great guides to all it has to offer. I popped into the small but perfect Buxton Museum and Art Gallery and found the ‘artistic temperament’ alive and well in the Visitors’ Comments section of one gallery.

It’s good to see debate on the merit of Art is not just reserved for perhaps pretentious, London literati types but thrives here in North Derbyshire. Apologies to any of my London Literati friends. It’s just I liked the two Ls and did it for the ‘L’ of it. Alliteration lives.

With reference to the above, this Blogger does not use mind altering drugs, unless you count having a season ticket for Preston North End which, as we have already established, can lead regularly to emotions ranging from ecstasy to despair. (Editor’s note: it’s summer).
I don’t think you can get more eccentrically British than the sight of a giant teapot closing the A53 – one of the most dangerous roads in Britain. (Google it). The A53 skirts round Flash – the highest village in England a short way from Buxton. In 1846 long before the NHS, the good folk of Flash village formed a Friendly Society ‘The Loyal Flash Union’ which became known as the Tea Pot Club because the money was collected in a teapot. Appropriate perhaps in this area where Methodism thrived. Being a member bestowed benefits if you were ill or could not afford to pay for your funeral. Hard times which I trust our current Government will not take us back to.

Forget what I said about Methodism. The Teapot parade has been making its way to the Travellers’ Rest pub (now renamed ‘The Knight’s Table’  I have to ask why???)  for ‘refreshments’ for over a hundred years. It was from the pub that I saw the parade make its way down the A53 – temporarily closed by the police. A great sight.

I still think there is something vaguely pagan about our two clergy. Perhaps this will rejuvenate the Church to discover its Druid roots. More of that another time perhaps. Here’s a few pics in case you thought I was making it up. 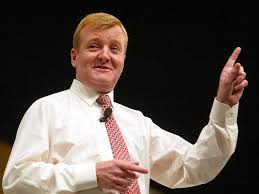 I don’t want this to be maudling or self indulgent but today sees the funeral of Charles Kennedy who, to my mind, was a visionary and a hugely significant political figure of the last thirty years. His opposition to the Iraq war when everybody else was blindly following Blair and Bush into war and his opposition to Nick Clegg’s far too cosy coalition with David Cameron in 2010 both proved to be seminal.

‘Anyway’ – as they say – ten days ago on the day of Charles’ sudden and untimely death, I was shopping in Liverpool city centre when I heard the sound of a piper playing bagpipes. I’m not a natural fan, but it just seemed appropriate and right on that Tuesday.

Thirty minutes later he was there again on Whitechapel. The piper was packing up. I went over and put some money in his case. My little site here is supposed to be about chasing ‘social norms’. I don’t know about that but what I do know is that our social world revolves around ordinary, everyday interactions. Everybody has a story.

A tiny part of this guy’s story is that he is a ‘Scouser’. He is not Scottish, neither is his dad, nor his grandad who taught him the bagpipes. When I said it was appropriate he was playing today on the day of Charles Kennedy’s death, the young man didn’t know who Charles Kennedy was. I just said he was a leading light in the Stop the War campaign. The young man’s reply was ‘Well. He is good enough for me. I will play him a lament’.

As I walked away, the sound of this haunting lament filled the unwatching Liverpool street. Thank you Mr Piper man.

and thank you Charles Kennedy.